The eyes are the window to the soul, and a very complex and intriguing window at that. Here we talk about how vision works and delve into the many complexities and humorous facts about eyes, like when we first start to form images to which animal has the biggest eyeball. 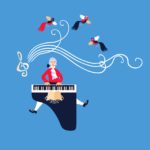 If you’re not interested in wearing glasses, contacts, or getting surgery, you aren’t alone. Sometimes, it seems like those are the only options for improving your vision. What they don’t tell you is there are many natural and sometimes unconventional things to try first. Here are some unconventional ways to improve your vision that you […]

Can you recall a time when you didn’t need glasses? At some point early in your life, you developed vision problems that required you to wear glasses. And, since one or both of your parents wore glasses they, or even the eye doctor, told you that it was bound to happen. That you simply inherited your […]

As the third most prevalent illness in the world, migraines are present in 25 percent of American households. Migraines can make anyone miserable, and anyone that suffers from them has no doubt quickly tried to discover what is causing them in hopes of alleviating the pain. There are many triggers for migraines, from flashing lights […] 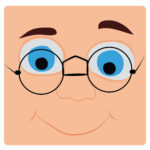 You may have heard that if you have blue eyes you’re at a higher risk of developing eye diseases. There is some truth behind this, though it has been a matter of debate among scientists and medical professionals for a while. Some say that there is no indication that blue-eyed people are at any higher […]

Since you were a little kid, you were probably told that it’s bad for your eyes to watch television in the dark. Many of us stop following that rule when we get older. But, can watching TV in the dark really damage your eyes or is just an old wives’ tale? Television When you are […]

Depth perception is the human eye’s ability to see in three dimensions and judge the distance of an object. It takes both eyes working in sync to look at an object and develop an informed idea about it, like its size or how far away it is. Your two eyes look at the object from […]

The retina is one of the most vital parts of your vision system. It is a layer of tissue located at the rear of your eye that senses light and relays those images to your brain. Damage or deterioration of your retina can result in many different eye conditions such as macular degeneration, diabetic retinopathy, […]