LASIK became a viable option for improving eyesight without glasses or contact lenses in 1992. And since 1999, when it was approved by the FDA, over 10 million LASIK surgeries have been performed in the US. However, big numbers don’t always mean best results. Today, it seems like more and more people are opting to get surgery on their eyes instead of first exploring natural alternatives, like improved nutrition and eye vitamins. The problem is, with the rising number of surgeries, there are also more cases of long-term damage being done. People just don’t always know about the potential risks that come with LASIK.

We have become a world that is more concerned with instant results than the best results. A surgery that is supposed to solve our vision problems may seem more effective than a change in diet. Many people believe that correcting the problem quickly is the best option. Especially compared to a process that may take a bit more time to show results.

You probably know at least one person who had LASIK and no longer relies on glasses to see. What you probably don’t know is that LASIK, like any surgery, poses risks to patients. If you’re considering LASIK for yourself, it’s a good idea to know the possible risks.

What you may not know is that not everyone is a good candidate for this type of eye surgery. Unfortunately, the professionals performing the surgery may not inform you of all the possible risks involved.

What the U.S. Food and Drug Administration (FDA) Says

On April 25, 2008, the FDA began looking into ways to improve the information that patients received about the possible risks of LASIK surgery. Even after a video and letter that was sent out to doctors practicing the LASIK procedure, the FDA was still receiving complaints about the side effects.

In September of 2011, the FDA sent out more letters informing medical professionals practicing LASIK. The letter addressed the legal aspects of not disclosing possible risks involved in the surgery. The FDA’s LASIK Quality of Life Collaboration with the National Eye Institute was underway at this point. It was conducting various studies on the side effects of LASIK surgery.

Today, there’s an official website for accurate information on LASIK risks. It’s on the FDA’s website under the Surgery Devices category. On this page, you can submit a complaint about the LASIK surgery you’ve received. And, you can get current and accurate information on the surgery’s risks. There is ongoing concern about the methods developed to determine whether a patient is a good candidate for the surgery. Or, whether they are likely to experience problems after undergoing LASIK surgery.

In this post, we’ll go over some of the LASIK eye surgery risks and side effects.

Higher-order visual aberrations are visual disturbances that can’t be corrected with corrective vision gear. People suffering from these visual disturbances after LASIK report seeing ghosted images. They report seeing starbursts in their fields of vision and even halos around objects. This can make it impossible to drive a vehicle or do many jobs.

Dry eyes are a commonly reported side effect resulting from LASIK surgery. Sometimes, your nerve sensitivity can become reduced during LASIK. This means that your eyes stop accurately sensing when they need to be re-hydrated with tears. Chronic dry eyes resulting from LASIK can cause a host of other problems in surgery patients.

If you suffer from dry eyes as a result of LASIK surgery, your levels of visual acuity, or vision clearness, can fluctuate. Sometimes, an object may seem blurry and sometimes it will appear clear. This can be a frustrating side effect for LASIK patients who hoped to eliminate blurred vision altogether. The full results of LASIK can take up to four months. So, folks who’ve had LASIK should be patient and consult with their doctors if they are concerned. 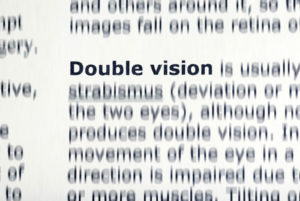 Double vision is an annoying possible LASIK eye surgery risk. It is most common in the six months immediately after LASIK surgery. And, it can cause LASIK patients to see double images. Surgery-induced dry eyes can be the sole cause of this as well as surgery-related swelling.

Sometimes after LASIK, wrinkles can develop in the corneal flap. These wrinkles are harmless. But sometimes, they can cause vision problems in patients. They can be exacerbated by chronic dry eyes resulting from LASIK.

There is also concern that the corneal flap may fail to heal. This can produce many problems for anyone with an active lifestyle. People who regularly participate in sports should be especially concerned by this as it can lead to corneal ectasia.

Light sensitivity is common immediately following LASIK surgery. But, in a small number of patients, it can develop into a painful and chronic condition called Transient Light Sensitivity. It is said to be helped by anti-inflammatory eye drops. Some doctors start steroid treatment immediately after surgery to help prevent the development of this condition. The longer you go without seeking treatment for the condition, the more difficult it is to clear it up.

Sometimes, LASIK patients report over or under corrected vision. The lasers used in LASIK surgery are very accurate. Yet, human issues like healing time and tissues can impact the level of accuracy that is achieved during surgery. This can usually be resolved with follow-up surgery. One of the problems with this is that after unsuccessful surgery, the patient is then asked to undergo a second surgery to make corrections. This increases the cost of the procedures and there is still no guarantee that the second surgery will be effective.

LASIK eye surgery isn’t the only option for poor vision. If you are nearsighted, farsighted, have astigmatism, or presbyopia (poor vision due to the aging process) consider taking eye vitamins. Of course, getting these nutrients from your diet is ideal. However, few of us have the time or energy to meal plan every single day. Taking a daily supplement with the right vitamins, minerals, and nutrients is fast and easy. And, it can result in better eyesight in as little as a few days. The best part is there are no side effects when it comes to taking natural vitamins!