Home > Vision Conditions and Diseases > Cataracts > Facts About Cataracts: The Leading Cause of Blindness in Seniors

Cataracts are the leading cause of blindness for those 55 and older worldwide, according to the Center for Disease Control. More than half of Americans over the age of 75 have some degree of cataract formation in their eyes. With so many people experiencing the effects of this eye condition, it is even more important that you are well informed about what cataracts do and what you can do to prevent them.

Cataracts may seem like a scary, difficult-to-understand eye problem, but never fear. Here are eight facts to help you start understanding cataracts and their combatants.

1. The History of Cataracts

The name comes from the Greek word kataraktēs, meaning “waterfall.” The Greeks and Romans thought cataracts were formed by evil liquids that flowed like a waterfall into the eye. This can be explained by the cloudy appearance of cataracts – it looks like a foreign liquid may have seeped into your lens, if you look closely.

Ancient Egyptians had a particular interest in optometry as well. An Egyptian papyrus dating to 1,500 BCE describes what was probably a cataract under the phrase “the mounting of water in the eye.” Clearly, this ocular problem has been effecting humans since the beginning of history.

2. What Happens When You Get a Cataract 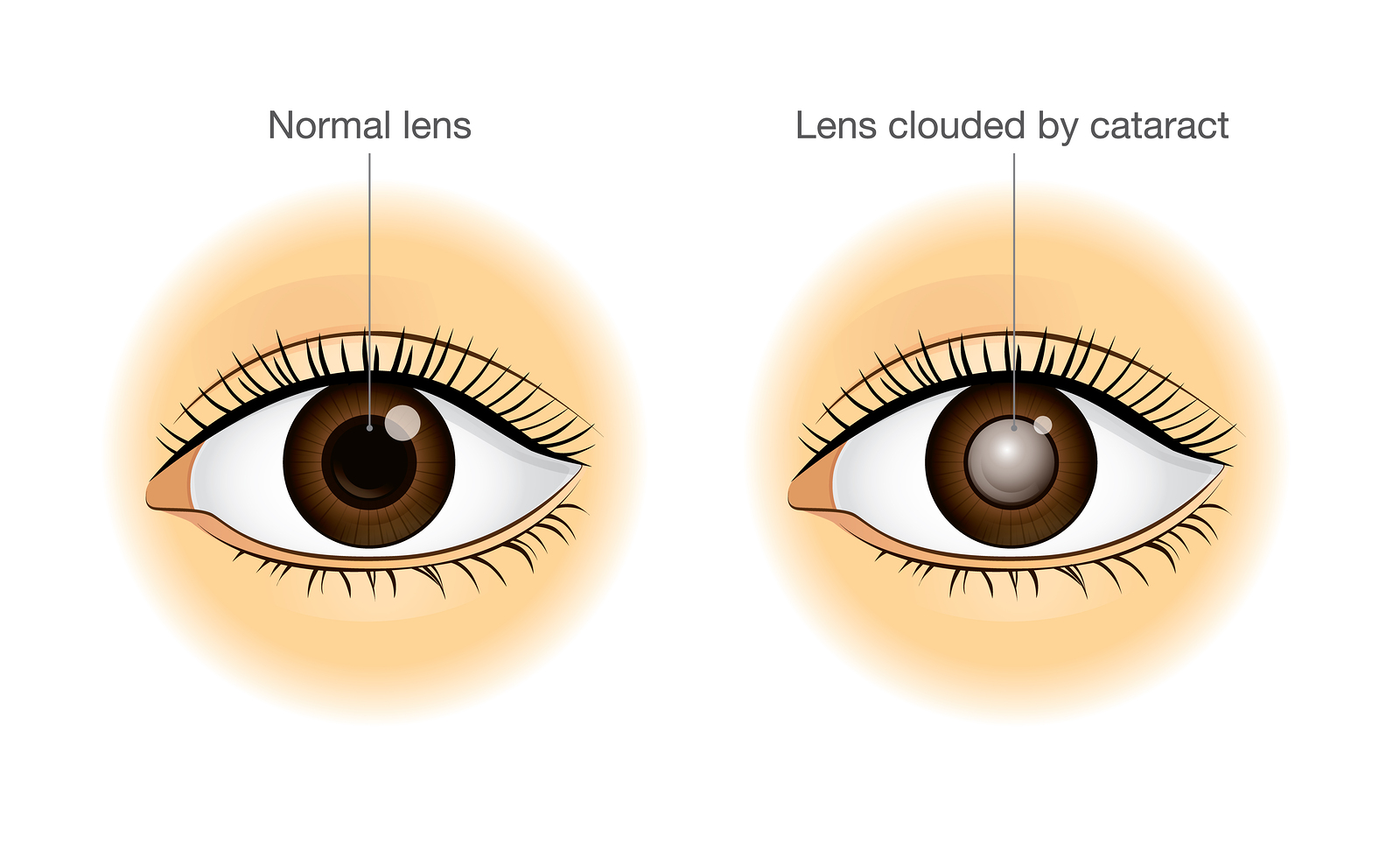 A cataract is a clouding of the eye’s lens, which is normally clear. A healthy lens allows light to pass through to the back of the eye, so that the patient can see well-defined images. A cataract scatters the light as it passes through the lens, preventing a sharply defined image from reaching the retina. As a result, your vision becomes blurred, like looking through a fogged-up window.

Some cataracts are congenital, but most are caused by aging. Because cataracts impede your vision, they often prevent patients from being able to do things like read and drive as easily.

3. How to Know if You Have a Cataract

Cataracts develop over time, so some people do not even realize they have a problem, especially if they are already wearing glasses. These changes in your vision may be signs of cataract:

If you are experiencing any of these symptoms, it is best to visit an eye doctor for an official diagnosis. Even if you do not think you have any vision problems, annual eye exams are still a good idea. This is especially true since cataracts and their symptoms can sneak up on you.

Cataracts are the leading cause of blindness, making their prevention even more important. Unfortunately, there are several factors that we cannot control that may increase the risk of developing cataracts, including age, family history, and ethnicity.

African Americans have a higher risk for developing and becoming blind from cataracts. Hispanic populations may be at higher risk as well. Researchers do not know why these groups develop cataracts more frequently yet, but if you fall into one of these groups, it is important that you are extra vigilant about going to the eye doctor.

6. The Frequency of Cataract Surgery

Cataract extractions are the most common surgical procedure in the United States: almost four million are performed each year. On average, the out-of-pocket cost for cataract surgery is $3500 per eye. That adds up to a grand total of $14 billion spent on cataract surgery in the U.S. each year. Luckily, cataract surgery is usually a fairly painless procedure and is easy to recover from. It is such a routine surgery that doctors are very good at them. However, it is better to avoid needing surgery altogether by practicing the following steps.

7. The Importance of Diet in Cataract Prevention

A recent study published in the journal Nutrients touted the benefits of a healthy diet for preventing cataract development. They found that increasing your carotenoid intake is one of the best ways to avoid getting cataracts later in life. Carotenoids are abundant in dark green and leafy vegetables like kale and broccoli. They are also found in orange and red fruits and vegetables, such as tomatoes, peaches, squash, and, of course, carrots.

Most of us do not eat enough fruits and vegetables to get the nutrients we need to fight cataracts. A great way to add more of these essential vitamins is to add eye vitamin supplements to your health and wellness regimen.

Rebuild Your Vision’s Ocu-Plus Formula has 17 vitamins and nutrients that will not only help prevent cataracts, but will strengthen your vision overall. In particular, research suggests that supplementation with N-acetyl and L-cysteine may play a role in preventing cataracts or slowing their progression. Additionally, nutrients like lutein and zeaxthanin may combat cataract development as well.

Knowing the Facts to Defeat Cataracts

With cataracts becoming such a prevalent problem in the United States as our population ages, it is more important than ever that you stay informed about what cataracts do and how you can prevent them. However, knowing the facts can slow the progression of cataracts and maybe prevent needing cataract surgery at all. Taking small steps like improving your diet, stopping smoking, and adding vision supplements can go a long way in preserving your vision for life – and saving you a lot of money in the meantime.

Our Rebuild Your Vision Ocu-Plus Formula Contains All 17 Vitamins, Minerals, and Herbal Supplements to Protect Against Cataracts!