When it comes to correcting vision, we’re largely used to thinking in terms of glasses, contacts, or even surgery. However, some problems may need a slightly different technique.

A growing movement of optometrists have begun to extensively dabble in vision training – a branch of alternative medicine that includes eye exercise and tailored eye exams.

So, do your eyes need therapy?

The biggest growth of alternative optometry has come in the form of behavioral optometry, primarily aimed at children.

Actually a larger category that contains vision training, behavioral optometry is an occasionally chaotic collection of therapeutic methods – some of which work, some of which don’t.

What works: eye exercises and eye exams. Behavioral optometrists have long been among the most vocal proponents of the widespread adoption of eye exercise routines. These largely come with research pedigrees and have a wealth of empirical evidence behind them.

Vision exercises have shown particular value in treating convergence disorders, which occur when a child’s eyes fail to coordinate properly, making it difficult to focus on near-field objects. Untreatable with glasses or contacts, convergence disorders respond well to eye exercises, making school a much easier, comfortable experience for children.

Convergence disorders are a classic example. As convergence disorders are only apparent when a child is forced to track a moving target, they require more than a traditional eye chart to notice. And, as mentioned, given that behavioral optometrists already have the means to treat them, this class of disorders as a whole is one well covered by the profession.

All well and good, but behavioral optometry has classically veered off that beaten path towards less tested methods. Among these are the use of so-called “yoked prisms.” These devices shift light instead of focusing it and have no known basis in scientific fact. 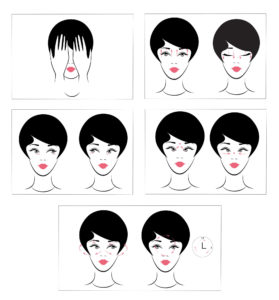 However, optometrists do. These medical professionals are certified by the states in which they practice and are qualified to give eye exams, fit patients for corrective lenses and provide a wide range of primary vision care.

Many of these practitioners have also begun to add vision training to their offered services. Eye exercises and comprehensive exams – the two behavioral optometry methods we’re happiest to support, have both figured heavily into these new programs.

The growing popularity of eye exercise programs is certainly one reason. Another is the current context of childhood eye health.

According to one Arizona optometrist, Kelley de Simone, vision therapy’s main use lies in addressing problems caused by constant interaction with digital devices.

During one interview, she explained that two-dimensional images and constant near work called for a changing set of visual skills that many children haven’t had time to develop. By creating individual, drill-based programs, she and her staff hope to “kick start” these processes, making it easier for children with low vision to stay successful in school and out.

Is Vision Therapy for Your Child?

It depends. Some aspects of current vision therapy are definitely viable for childhood eye care; some are not.

One thing absolutely worth scheduling is a comprehensive eye exam from a licensed optometrist. As mentioned, in-school exams frequently miss issues unrelated to visual acuity. A full exam can help identify these issues, giving you more information on steps to take to help your child find vision solutions.

Beyond this, things get a little hazier. If you’ve taken care to work with an actual optometrist, you’ll likely hear a little bit about orthoptic vision therapy – in a nutshell, eye exercises.

In some cases, they have proven value in children. For example, if your child has been diagnosed with above-mentioned convergence insufficiency – caused by eyes being unable to turn inward to focus on near-field objects or work – then, going by standards set by the American Association for Pediatric Ophthalmology and Strabismus, there’s some value in moving ahead. Orthoptic therapy has been shown to have some value in this particular childhood condition.

If, on the other hand, they bring up behavioral vision therapy, you may want to reconsider. Behavioral therapy heavily relies on a proposed link between reading and learning disabilities, such as dyslexia, and eyesight.

While this might appear to make sense on the surface, an enormous review published in a 2011 edition of Pediatrics sheds some less-than-savory light on the claim. Several analyses on vision training, published between 1974 and 2008, had consistently found no scientific basis for behavioral optometric practices beyond convergence therapy. A common statistic claiming that 60 percent of children with learning disorders also had vision problems was also dismissed.

There’s plenty of room for debate on this, as the primary charge leveled at behavioral optometry is that very little reviewed or well-tested information exists to support it. On the other hand, it would be an enormous stretch of the imagination to call it a proven method.

“Fast track” or “intensive” vision training programs should be treated with particular care. Many of these offer guarantees on improved eyesight and academic performance that, as far as we can tell, don’t have much basis in reality.