Even the healthiest people are no match for the war against aging. It causes your body to change, abilities to decrease, and mind to slow down. Your eyes are no exception; there are many age-related eye diseases that everyone is at risk for. People over the age of 50 are especially vulnerable, which is why regular exams are so important. How do we know this? Thanks to the age-related eye disease studies that have paved the way for current and future research, we know which nutrients our eyes depend on. Here’s everything you need to know about these diseases and the studies.

There are two causes of degeneration in the macula, drusen (yellow deposits of lipids) under the retina or new blood vessel growth under the retina. In the former, the drusen come from natural waste deposits from the retina. If they aren’t flushed out naturally, they cause a blockage and prevent nutrients from getting into the retina. It’s also called “dry” AMD and is generally slow to develop. In the latter, “wet” AMD, lots of tiny blood vessels start growing under the retina and subsequently bursting. The leaks in these vessels can cause you to lose your vision faster than in dry AMD.

AMD was one of the main diseases the age-related eye disease studies wanted to focus on. Far too many Americans are suffering from a loss of vision due to it. The more you know about conditions like AMD, the more able you will be to prevent such diseases from happening in your or a loved one’s life. This is why it’s important to stay up to date on such research.

Cataracts, another age-related eye disease, affects over 25 million Americans. You may already have an idea of what cataracts are in the eyes. Those suffering from them often have “cloudy” eyes, or their eyes have a grey tint. The cause is that the proteins in the eye’s lens form clumps. As the clumps collect more proteins, they get bigger and eventually block your vision.

When cataracts are caused by age, they usually begin to develop between 40 and 60 years old. Globally, cataracts are the cause of over half of the world’s blindness. You may first notice that colors appear faded or less vibrant. Your vision could become cloudy, doubled, or you may see halos around lights. Since this disease affects so many people worldwide, scientists made it a priority along with AMD in the age-related eye disease studies. 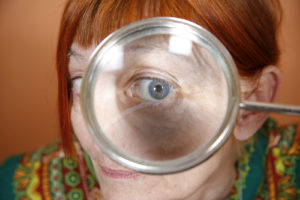 The first of these two monumental studies was published in 2001 and sponsored by the National Eye Institute. At the time, AMD and cataracts were already well-known age-related diseases. The researchers wanted to learn more about the risk factors of these diseases, as well as how specific supplements would affect their progression.

The AREDS study was based on 3640 participants between 1992 and 2001. Following each participant for an average of 6.3 years, they had some major breakthroughs.

Each participant consumed a supplement formulation of vitamin C, vitamin E, beta-carotene, zinc, and copper. The results? This combination of antioxidants and zinc could reduce some people’s risk of developing advanced AMD by 25 percent. However, the formulation had no effect on the participants’ risks of developing cataracts.

From 2006 until 2011, researchers did a follow-up study called AREDS 2. The goal was to build on the results of AREDS by adding subsequent nutrients. There were questions regarding the effectiveness of omega-3s and lutein and zeaxanthin in reducing the risk of age-related diseases.

What Do These Studies Mean for Me?

These ground-breaking studies informed physicians, scientists, and patients on how late-stage AMD and cataracts can be prevented. Although your risk of early-stage AMD can’t be decreased (yet), you can slow down the progression of onset AMD and cataracts.

You can get the AREDS and AREDS 2 nutrients from your diet, but the National Eye Institute suggests taking a full supplement to get the exact doses used in the study. However, some people should avoid taking supplements that contain beta-carotene. Studies have shown that taking beta-carotene can increase your risk of lung cancer if you currently smoke or have recently quit.